The rakish, all-new 8 Series Coupe is proof positive that BMW is a brand on the move – in an upwardly mobile direction.

Here’s an accomplished big GT that’s an intoxicating blend of old school and cutting edge with a dash of luxury.  Powerful, plush and packed with the latest tech, it’s also blessed with superb driving dynamics.

Priced from £76,270 to £99,525, though easing into six figures with optional extras, the 8 Series Coupe catapults BMW into a sumptuous sector more associated with Aston Martin and Bentley.

In fact, it’s only direct rivals are arguably the Mercedes S-Class Coupe and Porsche’s Panamera, though that has an extra two doors.

Petrolheads will have twigged that the 8 Series Couple marks the return of an iconic model for BMW after nearly 20 years.  This time round it’s not just available as an 850i, but a diesel too.

The flagship 850i comes with a twin-turbocharged, 4.4-litre V8 petrol engine, producing 523bhp and 750Nm of torque.

Both engines are mated to a rear-biased xDrive 4×4 powertrain and eight-speed automatic gearbox which cleverly works with the sat nav to predict the gear it needs for upcoming corners and junctions.

Designed by Brit John Buckingham, the 8 Series Coupe definitely has kerb appeal.  Its low-slung with a roofline flowing elegantly into its muscular rear, while the roof features a subtle “double-bubble”.

It comes as standard with LED headlights – the slimmest lamps of any BMW model to date, while optional BMW Laserlights are also available.

The centrepiece of the cockpit is the 10.25-inch touchscreen which is the nerve centre for BMW’s latest iDrive infotainment system, while drivers also get the use of the customisable 12.3-inch digital display.

You’ll need about a week to get fully up to speed with the tech on board, and initially there are times when it feels like infotainment overload, what with the head-up display, driver’s display and centre touchscreen.

Autonomous Emergency Braking (AEB), adaptive cruise control,  Bluetooth, Wi-fi, a 20GB multimedia hard drive and a wireless charging pad all feature as standard, while leather upholstery and a cut glass gear selector are some of the many optional extras available.

Oh, and a special mention for BMW’s clever Reversing Assistant which takes over the steering to drive your car back along a path recently negotiated forwards – useful on country lanes when you meet another car and have to reverse back.

Naturally, the 8 Series Coupe is very comfortable with plenty of space up front.  Both seats adjust electrically and have a memory function as standard.  However, to put it politely, the two rear seats are either for very small children or exceptionally small adults.

The deep, shallow boot can take a decent 420 litres of luggage and open automatically with either the touch of a button or using a kicking motion under the rear bumper.  And if more space is required, the rear seats can fold forward either together or individually.

If your default mode is to sit low in a car, you might just be tempted to rack up the seat height just a little to savour that long bonnet . It also helps in town when you’re threading your way through traffic.  Then it’s just a case of pressing the Start button, moving the gear shifter to drive (the cut-glass knob is a nice touch) and putting pedal to the metal.

We sampled the 840d in entry-level spec and the 850i with all the bells and whistles, and frankly, they’re both seriously impressive cars.  The petrol version just edges the diesel in terms of power and refinement, but there isn’t much in it.

There’s plenty of torque from the 840d, but the 850i is the smoother operator.  Both engines sound good too, though even in Sport and Sport+ mode, they are slightly understated.  I guess we’ll have to wait for the full fat M8 version for a more hardcore experience.

In the meantime the 840d and 850i will do just fine.  The ride is on the firm side, but both cars make glorious, refined long distance cruisers.  If you fancy a blast, then the 8 Series Coupe is more than up to the job too.  It’s more agile than you might think, despite its size (it’s just under 5 x 2 metres), partly down to the four-wheel steering.

It’s totally planted on the road with superb traction, as you’d expect from BMW’s xDrive 4×4 system which can distribute power to the front or rear wheels, depending on how traction can best be maximised.

The eight-speed Steptronic automatic gearbox changes smoothly and quickly, while there are also gearchange paddles behind the steering wheel.

Frankly, you’ll probably find yourself staying in Comfort or Adaptive drive modes most of the time because the 8 Series gets just a little excitable in Sport and Sport+, even if the soundtrack is a bit tastier with exhaust pops and bangs on the overrun.

Verdict: The hi-tech new BMW 8 Series Coupe is hard to fault. Stunning looks, superb build quality and a classy interior, combined with a comfortable yet dynamic drive, all add up to a classic grand tourer which will give Mercedes-Benz, Aston Martin and Bentley serious food for thought. 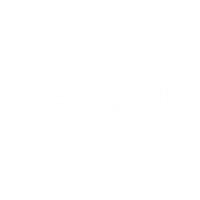 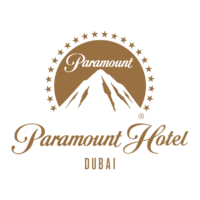