Following the extraordinary success of the partnership which saw Italian sparkling wine on the Formula 1® podium for the first time, the Trentino producer announces that the initial three-year collaboration has been extended to five years

Ferrari Trento will be the Official Toast of Formula 1® until the end of the 2025 season. The achievements from this partnership for both parties have led to an extension from three to five years; just a year and a half after the Italian winery was announced as Formula 1®’s celebratory drink partner.

Alongside providing the podium bubbles at every Grand Prix™, Ferrari Trento has launched a series of initiatives that have succeeded in engaging the interest of motor racing enthusiasts and making the company’s Trentodoc wines known – and enjoyed – both on and off the Grands Prix™ circuits. Through these activities, the aim has been to celebrate the values of excellence and the ‘Italian Art of Living’ that Ferrari Trento proudly represents, and which this prestigious partnership allows the winery to convey on an international level.

One of the most valued initiatives is the Limited Editions, created exclusively in celebration of Formula 1®. This includes the special three-litre Ferrari F1® Podium Jeroboam, available from top wine shops and online. The Ferrari F1® Podium Jeroboam is an exact replica of the bottle used to celebrate with the winning drivers on the podium. The actual bottle, a completely unique item, autographed at the end of every Grand Prix™ by the top three racers, is also auctioned for charity during each race weekend on F1 Authentics, the official website for F1® memorabilia.

The Ferrari F1® Limited Edition, has also been extremely well received, especially amongst collectors. The range celebrates some of the particularly significant Grands Prix™ such as Silverstone, Monza and Suzuka with a specially designed label, making the bottle a true collector’s item. Launched during the 2021 season, this year has seen the addition of two new labels dedicated to Miami and Mexico City.

“When we announced this partnership in 2021, we talked about it not only being a great achievement, but also a starting point,” comments Matteo Lunelli, President of Ferrari Trento. “Today, just a year later, we can confirm that this partnership has revealed itself to be an incredible opportunity for communicating our values to a vast and enthusiastic audience all over the world. Exactly 120 years after the foundation of Ferrari Trento, we are proud that our sparkling wines are increasingly present on the global stage and that they have become part and parcel of the excitement and entertainment that Formula 1® provides.”

“We are thrilled to announce that Ferrari Trento is extending its partnership with Formula 1® for another two years. Said Brandon Snow, Managing Director, Formula 1®. It is a huge testament to all those involved to be announcing such an exciting extension after just one full season into the partnership and we are very excited to continue to have them present at every podium until 2025”. 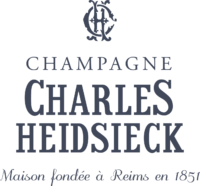