Unless you work in the business district of Canary Wharf, you might never think to go there – but Plateau is one reason you should.

Hidden above a Waitrose in Canada Square, you’ll be sure to pass all the city types on your way in, but when you exit the lift on the fourth floor you could be somewhere else altogether.

I was expecting corporate suitsville, but from the moment we were greeted at the door by the most friendly of hostesses, I realised I may have got Canary Wharf all wrong.

It was somewhere I’d tried to avoid for years, but if Plateau is anything to go by it’s worth the visit even if you just pop in for a cocktail, which are reasonably priced from £10.  The Cosmopolitan was one of the best I’ve ever tasted. Enjoy with a view of the London cityscape from one of their two outdoor terraces.

The modern French-style restaurant is part of the D&D hospitality group, who run over 30 restaurants worldwide, including famous London haunts Quaglino’s, Coq d’Argent and Chelsea’s Bluebird (which has just opened a new branch in New York).

As well as elegant dining, Plateau has an informal grill, with mains starting from £12.50.  There is also a set menu option in the main restaurant where you can get two courses for £25 or three for £30, including a Bellini.

We chose from the A La Carte menu. To start, I went for the baked baby beetroot, goats cheese tortellini and soft quail eggs with pine nut dressing (£9.75), while my friend had the Cornish crab salad with purple broccoli tempura (£12).  Both were immaculately presented and tasted delicious – the goats cheese was melt in your mouth – and our waiter expertly recommended a rose wine to go with my starter and a Riesling for my friend.

For the main I had roasted halibut with braised oxtail and baby fennel (£26), which was delightful.  I thought the meat really complemented the fish.  My friend wanted the sea bass, but she just missed out on the last portion, so she went for the poached monkfish with glazed cauliflower and mustard seed sauce (£26) instead.  Both were beautifully paired with a glass of Californian Chardonnay.

I was about to try the monkfish, but my friend ate it all before I had chance, which must mean it was good!

For dessert we opted for the Mille fouile, as recommended by the incredibly attentive staff – and they were right.  It was heavenly!   Then to finish the meal we had a cheese board with port and dessert wine.  It was the perfect end to the evening.

After a busy day at work, the city was the last place I thought I’d go to unwind, but dinner at Plateau, with its relaxed atmosphere and superb service, has changed my mind. 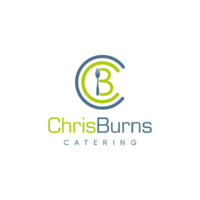