THE FOX DINING ROOMS ADDS HISTORY TO THE MENU

New Surrey restaurant, The Fox dining rooms, is now firmly in the affections of diners following its successful spring opening.

With a new menu, focusing on locally-sourced ingredients and striking décor, the revamped venue has added an attractive new choice for Surrey residents and visitors.

Situated in the 19th-century Manor House at Foxhills Club & Resort, The Fox dining rooms is seen as a fitting tribute to the life of Charles James Fox, a local resident and charismatic politician of the late 18th century, from whom the club takes its name.

Fox enjoyed an influential political career, although much of his fame arose from his personal life as a bon viveur. But his love of indulgence, passion for good restaurants, wine and spending time with friends, fits in well with the overall ethos at Foxhills. Expelled from Eton for being “too witty and a little too wicked”, the new dining experience adds a modern touch with a nod to his spirit.

The new restaurant combines glamour with a relaxed feel with three dining areas: the Terrace, the Music Room and the Orangery, and a beautiful patio overlooking the grounds. It’s also open throughout the day offering breakfast, lunch, dinner and a Sunday Carvery.

There is no let-up in the quality of the food on offer at Foxhills. Under the guidance of head chef David Village – who is carving out a reputation as one of the UK’s most exciting up-and-coming chefs – there is a twist on British classics, with a strong line-up of vegetarian and vegan dishes to choose from and a children’s menu is also available.

The village said: “It’s been an exciting period with a brand new menu and it’s been fantastic to see the positive response to some of these amazing dishes. Some restaurants are just too formal and we didn’t want that here. Matej on service and Valente on meet-and-greet will put our guests at ease from the moment they arrive.

“It’s not brasserie, it’s not fine dining but it’s somewhere in the middle and that is the direction we wanted to take it.”

Alex Michaelis – an award-winning interior designer, known for his work at members’ clubs including, The Groucho and Soho House – was behind the refurbishment which has added a touch of glamour to the new look with the furnishings and décor.

The history of Foxhills Club & Resort dates back to the 1780s when mercurial politician Charles James Fox resided at the estate.
The Manor House, built in the 19th century, is now at the heart of the 400-acre estate, situated just minutes from the M3 and M25 in Ottershaw, Surrey.
Pam and Ian Hayton purchased the club in 1983, with their son Marc taking over as managing director in 2010. In addition to strengthening the club’s reputation as a family-friendly leisure destination, Foxhills has expanded its sporting facilities far beyond a simple golf course to cater to the diverse interests of its members and visitors.
The golf club was established in 1975 and now features two superb 18-hole courses – Bernard Hunt and Longcross – as well as the fabulous par-three nine-hole Manor Course.
The resort now features 70 bedrooms, three restaurants, 11 tennis courts, three squash courts, four swimming pools, an award-winning health spa, conference and meeting facilities, a youth club and a weekly cycling club, capitalising on its status as official resort partner to the OVO Tour of Britain and home to Team GB’s road race cycling team during the London 2012 Olympic Games.
Non-members and non-residents are welcome on day visits, while there is a range of memberships available, along with accommodation and meeting packages. 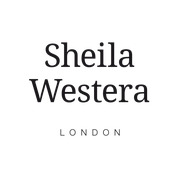