Thomas Royall, a luxury swim wear brand specializing in matching swim wear for fathers and sons and with a growing celebrity fan base, has opened in UAE, one of the most vibrant and affluent places in the Middle East.

The popular brand, featuring matching prints for men and boys and a signature blue waistband, has long been on sale at some of the finest stores in the world, including Harrods, Harvey Nichols and Selfridges in London, and is now available to shoppers in Dubai.

The development came after successful discussions with a local partner in Dubai, entrepreneur and investor Kelly Hodgkin, allowing the brand to expand as it reaches more people around the world who can enjoy the attractive and matching swim wear for dads and their lads.

Kelly said Dubai, where she has lived for the past 13 years, was the perfect place to make the luxury swim wear available, because the city has sunshine year-round, attracting people from all over the world to swim in its pools and the sea.

Company director’s Lauren and Francesca formed a relationship with Kelly while in Dubai at the beginning of 2021. “Lauren spotted my sons wearing Thomas Royall shorts at the Anantara The Palm and we engaged in conversation. We hit it off and ended up shooting one of Thomas Royall promo videos at her house!” said Kelly, whose motto is “Focus on yourself, your goals, and your vision, and the rest will fall into place.”

Francesca said: “I love having another powerful and influential woman being part of the growth of Thomas Royall.”

Calum Best, a British-American TV personality who is an investor and partner in the business, said he had worked with Kelly before and that “she is a great addition to the team”.

The team said they were incredibly excited by the brand’s launch in Dubai and for further global success. 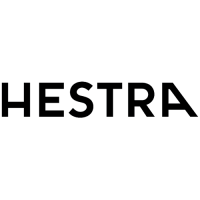